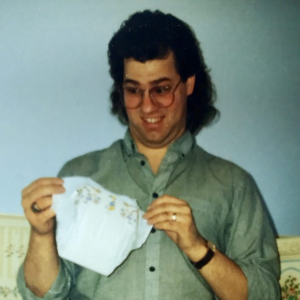 …something happened that made me actually look forward to changing diapers

I’ve never liked talking about bathroom stuff. I rarely even like jokes about it, and I don’t even like euphemistic references to it, unless you are my doctor and I’m dying of dysentery. I’m going to overcome my poopaphobia for the purpose of this blog entry, because, as any parent knows, as soon as you have a baby, dealing with poop overtakes almost everything else in your life.

As I mentioned in my first entry to this blog, I was pretty sure I could do anything a good dad should do, but I was totally seriously incredibly not looking forward to diaper duty. Or diaper dooty. But(t), I knew I had to just put on my big boy pull-ups and do it.

Movies and TV shows get a lot of comic mileage out of the idiot dad who can’t even figure out a diaper! In fairness, whether right or wrong, and for whatever reason, girls are more likely to be taught baby-care duties than boys. Thankfully that is changing, but we have a long way to go. But for now, the mom having more experience than the dad is not a surprising thing. But having no experience doesn’t automatically mean idiocy. All that to say, even though I had never changed a diaper before having my daughter, I don’t remember any learning curve to it. Maybe if we used cloth diapers and pins, I would have needed some tutoring, but disposable diapers with tape are obvious by design.

So, after a week or so, I became totally desensitized to diaper changing. I always tried to be discreet in public (this was before most public men’s rooms had “changing stations”) but in general, it was just no big deal. It was so routine in the first months that it became, in a word, boring. But then something happened that made me actually look forward to changing diapers. It’s a weird thing thing to say, I know, but it’s true. Something clicked and I realized that this was part of the bonding experience with my baby daughter. As she grew from a newborn to an infant, she would react to different stages of the diaper-changing process: 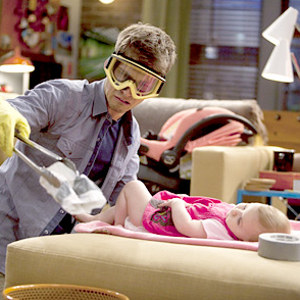 A scene from the documentary Mr. Mom.

Babies start to intentionally smile and laugh at between three and six months. Once that milestone was hit, diaper-changing time became a blast! I realized I could make her laugh during the stinky process, and seeing her laugh made me laugh. Just making exaggerated stinky faces and yelling “stinky baby!” (only at home of course) would always get a reaction.

Then I discovered something that would change the course of diaperdom for all time. I saw that by wearing the clean diaper on my head while removing the dirty one was a real baby-pleaser! This became my signature move, and the foundation for pee-and-poop-related hilarity that would last for years of diaper changes. As my baby daughter’s language and understanding increased, so my diaper-on-the-head routine took on more layers of hilarious sophistication.

“Oh nooooooooo!” I’d fake-yell with the new diaper on my head, “Where’s the clean diaper??!?! I can’t find it anywhere!!!!!” She would laugh at my antics, even before she understood what I was saying. Then, when she began talking and understanding she would begin responding to my “missing diaper” panic by pointing at it and yelling “There!” I’d pretend like I didn’t understand where she was pointing and look behind me as she protested, “There! Head!” 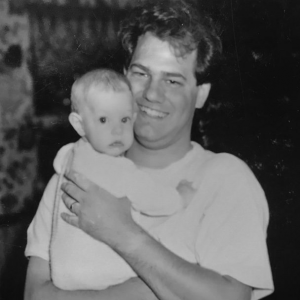 Our skit took on another dimension once she could walk. With my diaper hat in place, her bottom cleaned and dirty diaper safely aside, I’d feign panic at the “lost” new diaper and yell “Oh no! Naked baby and no clean diaper!” If you know anything about one year old naked babies, then you know there is nothing they like better than to run around the house, feeling the breeze on on their naked babiness.

She would tear through the house, laughing, screaming, and giggling as I chased her around, diaper on my head, letting her stay just out of reach until one of us (me) was too tired to continue the game and we got back to the very serious business of diaper installation.

Parenthood requires doing things we just don’t like to do. Diaper changing is usually considered one of them. However, the necessary but unpleasant tasks are not an interruption of your life; as a parent, they are your life. It makes sense to try and look for ways to make the most out of every interaction with your child. Even the poopy ones. 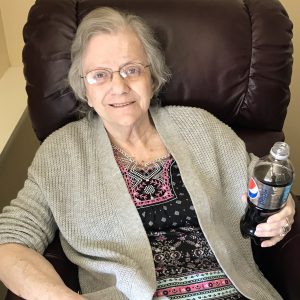 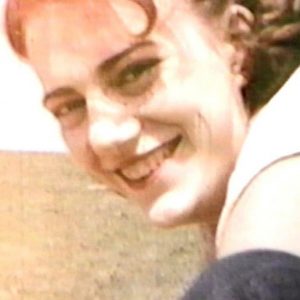